​Pamela Cowan is an award-winning, Pacific Northwest author, best known for her psychological thrillers. Cowan is the author of the Storm Series which includes Storm Justice, Storm Vengeance and Storm Retribution, books which follow Probation Officer Storm McKenzie on her single-minded quest for justice. She is also the author of two stand-alone novels based in fictional Eulalona County, Oregon, Something In The Dark and Cold Kill. She recently published Fire And Lies, the first in her new El & Em Detective Series.

Her short stories have been published in Alien Skin, Argus, Space and Time, Visions, numerous anthologies and collections and have been read on radio. She has degrees in Communication and Organizational Psychology and spent most of her career in social services.

An army brat, she was born in Germany and moved with her family 17 times before her father retired to Oregon, where she has steadfastly remained. She has two grown children and a remarkably patient and supportive husband. 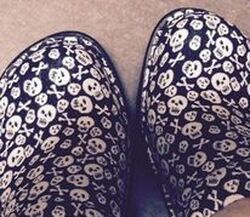 Paper Mustang: You seem like such a nice, normal person. I understand you're happily married and a mom and grandmom who enjoys reading and gardening. So why do you write such dark stories? I read Storm Justice and, well, it was hard to sleep.
Pamela: That's strange, because I don't write horror. There are no zombies or vampires - not even sparkly ones - hanging around in my thrillers.
Paper Mustang: But there are monsters. Howard's a monster and I'm not sure Storm isn't.
Pamela: Storm is not a monster. She's a complex character, at least that's what one of my reviewers said. She's also a great wife and mother, a good friend and a decent employee. She has rules that she tries to live by and she's incredibly self-disciplined and controlled.
Paper Mustang: And she kills people.
Pamela: Well, only people she thinks deserve killing.
Paper Mustang: You seem very fond of Storm. Yet she's a serial killer.
Pamela: Actually, she's a serial vigilante.
Paper Mustang: That's awesome. Now, back to you as a writer. Could you tell me what inspires you to write?
Pamela: Tough question. Usually it's something I've read, an article, or a paragraph in a book that caught my imagination. Like most authors, I've always been a reader, and I tend to write the same sort of books I like to read. I'm a huge fan of John Sandford. The way he sets atmosphere and makes his characters so real. I'm envious. I also think Lisa Gardner is fantastic, and it's so cool that she was raised in the same town where I work. Of course I also like Lisa Scottoline, Corey Lynn Fayman, Lee Child, Tess Gerritson and Sandra Brown. I've been told my writing is similar to Portland Author Chelsea Cain, probably because we both write about damaged people and this place, the Pacific Northwest, which is as much a character as any human being in my books.
Pamela: That's awesome. Now, we've talked about why you write, and you say you don't write horror and it's not about monsters, so tell us, what do you write about?
Pamela: I actually spent a good deal of time thinking about this question. Here's the best answer I could come up with. I write about people who have been damaged and are trying to become healthy and find a way to fit into the world. They are looking for both justice and redemption but sometimes those two goals are in conflict. That's what causes my characters to question themselves and to be in so much psychological pain. That, plus they live by a strict set of rules that may not be society's rules but which they try to follow, no matter what. I didn't realize I was writing psychological thrillers until several reviewers called it that. I guess I do like my protagonists to suffer right along with their victims, though not in quite so messy a way.
Paper Mustang: Your mystery thriller, Something In The Dark, was not as graphic as Storm Justice. What kind of book are you working on now?
Pamela: Yes, I call Something In The Dark, "Pamela Light." That book is the first in a series of mysteries that will probably be unrelated except that they take place in the same fictional county in South Central Oregon. I hope to get the next in that series out by the end of the year, but right now I'm working on Storm Vengeance, the second book in the Storm series.
Paper Mustang: Can you share some of the plot?
Pamela: Well, Storm will have a new sidekick in this book but that's about all I can tell you. You know what they say, if I told you more I'd have to kill you.
Paper Mustang: I'd laugh that off if I hadn't just read Storm Justice. Instead, I'll just be glad we're doing this interview over the phone.
﻿Pamela: ﻿[Laughing] You have nothing to worry about. I only kill people on paper. Though I wonder. Do you suppose you could kill someone by paper cut?
Paper Mustang: I don't even want to think about that. I appreciate you answering these questions. Thank you for agreeing to be interviewed.
Pamela: Thank you for asking.
​I'm often asked why I write such dark characters, especially vigilantes and serial killers. I write about them because I enjoy reading about them. There is something cathartic about being safe, seated in the benign glow of my reading lamp, while I read about mayhem and murder. A chill runs down my spine as I empathize with the protagonist's fear, and a rush of triumph follows when the monster is defeated.
​
Dean Burnett, a neuroscientist and lecturer in psychiatry at Cardiff University, has several theories to explain why we crave the macabre like addicts of human misery. According to him, one possibility is that reading about serial killers may cause the release of cortisol, a pre-cursor to adrenaline, into the body.

“If you’re really tense and feel threatened,” says Burnett, “and then you stop feeling threatened, the brain recognizes that and says, ‘Well, you were scared a minute ago and now you’re not, so whatever you did was good, so have some pleasure.’ When you read a scary book and then you stop, you have a come down and your brain goes, ‘OK, that was good, whatever you did, that was good.’ That’s why we end up being so hooked on scares and thrills.”

Whatever the reason, I know I'm hooked on being scared, and the scariest thing I can imagine are serial killers. Serial killers appeal to the most basic of all instincts, survival. Their utter disregard for life is a terrifying thing and bringing them to justice is definitely a thrill.

I hope you enjoy my thrillers and my dark characters. They are the monster under the bed for adults. Not real, just scary fun.
​ 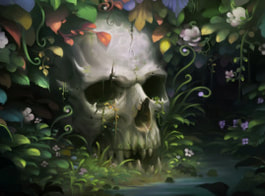